I am thinking about a Corvette 1975-1981. Would appreciate your thoughts.

Yes, I spent 8 years restoring a 1971 Corvette, which was very similar to the ones you are considering –  Please see my story here   https://www.lt-1.com/   There is also a significant knowledge base of articles and letters I have written on Corvette subjects.  https://www.lt-1.com/category/lt-1-questions-answers/

1975 – 1981 Corvettes make a great purchase, they are undervalued at the moment and quite affordable. They have solid and reliable mechanicals, parts are inexpensive and plentiful, and the motors are very durable and with some modifications, extremely powerful. If you are looking for the most collectible of this period, try to find either a 1975 Convertible, or perhaps a 1978 Silver Anniversary or 1978 Indy Pace Car edition, preferably with a four-speed.

Unfortunately what makes them very affordable to purchase is also an issue with Corvettes of this period. The 1968 – 1973 older C3’s known as the chrome “Bumper Cars “, tend to fetch much higher values due to their pre-emission era engines that produced a lot of power. By 1974 emission regulations caused the horsepower to drop dramatically, federally mandated 5 mph bumpers replaced the pretty chrome ones,  and these later C3′ “Rubber Bumper” cars tend to be over looked by collectors for that reason. (However horsepower can be re-gained with some minor upgrades) This is reflected in the values of the 1974-1981 Corvettes.

I have seen many well cared for and pristine rubber-bumper C3’s at my car shows, so I know they are out there it just takes some hunting and research. Also, cars like the 1978 Indy Pace car edition were often bought by collectors at high premiums when new, and many have very low mileage and are in fantastic condition. Since their historic values never really rose since they made so many, you can usually find one in very nice shape.

The problem is their low values also do not make the 1974-1981 economically feasible candidates for complete restoration, which includes the costly process of removing the body from the frame, so there are many poor condition ones out there.

So what you will find on the market is virtually all the ’74 – ’81 cars are mostly original condition cars, and may have had cosmetic or body-on restorations. There is nothing wrong with this, but you have to be much more careful of what you purchase, since if your car turns out to have certain issues, you can easily pour many times more money into it than it will ever be worth.

Besides the usual pre-purchase things that you must check with every older used car purchase, such as

Done on a hoist at a garage by a competent mechanic that you hire.

Make sure that you include a successful third party inspection as conditions in your offer to purchase.

There are certain specific areas you need to look at for all C3’s . .

Check to see that the original motor and transmission are present,  the stamping numbers for the block must  match the VIN number of the body for the earlier C3’s. Later ones I don’t think that Chevrolet maintained this practice.

Check very carefully that all body lines and door and panel gaps are even and line up properly. Since the body is bolted onto the frame, this is critical to determine if the car has serious issues or problem repairs in it’s past.

Rust is a huge problem with these cars. They are prone to frame rust, especially in the rails under the rocker panels and the “kick-over” bend portion just ahead of the rear wheels. The frame might look solid from the outside, or even re-painted, but check inside the rails by poking your finer in the drain holes  ( when on the hoist) and look for flakes of rust or bumpy/scaly surfaces. Weak, rusted , frames are why  older high-dollar restored  Corvettes have their bodies removed and then the frames either repaired or replaced, which is a very costly process. A weak frame can actually break the car in two at the kick-over when you are backing out of your driveway. If you discover bad rust on the frame, run away quickly from the car. Unless you are doing a body-off on a pre-1973 Corvette, you will lose a ton of money on a ’74 – ’81  project.

The t-tops and convertible roofs were also prone to leakage and trap water. The  top, side, frames and corners under the chrome of the top windshield header bars can rust severely, which is a costly repair. Be sure to remove the t-tops in any inspection and check the windshield frames for rust under the chrome fascia and vinyl interior trim pieces. If you can, have the seller take a Phillips screwdriver and remove the vinyl interior windshield frame trim so that you can look under it.

If water has been getting into the windshield frames, it runs downhill into the passenger area, and  it will show as rust down the base of the A pillar (windshield frame sides) where they mate with the dash top. There is a small gap where you can see it.  The A pillars are attached to a steel box that goes down behind the kick panels on either sides of the passenger compartments. This component (A pillar frame and supporting box) is called the “Dog Leg” and includes the A pillar and the box that fits behind the kick panels against the inner fender.  If water has been getting through a leaky roof, it will end up at the base of the dog-leg and should drain, but the drain holes frequently get clogged with rust and debris. You can easily tell by removing the plastic kick panes and inspecting the hollow areas behind.

Also, if the Dog Leg has started to rust, you can tell because it will look like there is a bulge at the back of the front fender where it meets the front doors, the rust will actually cause the fender to swell up. Also, you will see evidence of poor repairs when you open the door and inspect the front of the door jam area just below the windshield above the door hinges on the inside of the body. Some cars actually have gobs of silicone caulking in this area, avoid those cars. The front of the door jam should look clean.

The final major area of rust is the rad-support cradle. When water runs off the hood when it rains or you wash the car, it will fall through the gap at the front of the hood and collect on the base of the rad support, and eventually rust through. This is also a costly repair, though not as bad as a rusted out windshield frame or body frame.

Mechanically, the universal problem with pre 1984-Corvettes is leaky brakes. The piston can seize in the caliper as well. This failure is caused by moisture accumulation in the brake fluid causing corrosion on the caliper cylinder walls.  Check to make sure the the cylinders of the brake calipers have been replaced with re-sleeved stainless-steel versions.  The lack of stainless calipers on a C3 Corvette should not be a deal-breaker, however you will need to do them, and the cost is usually around $800.

Another neglected area is the hidden headlight operating system. This system uses engine vacume, and can be a nuisance to get right. Check the controls of the headlight system to make sure they work properly.

If you are considering fixing one up, you should check online for parts prices at

Also, visit your local Corvette club, or chapter of the National Corvette Restorers Society  (NCRS)   http://www.ncrs.org/   They will usually have cars for sale, and plenty of helpful advice for you.

Corvette’s Front Bumper is Sticking out too much 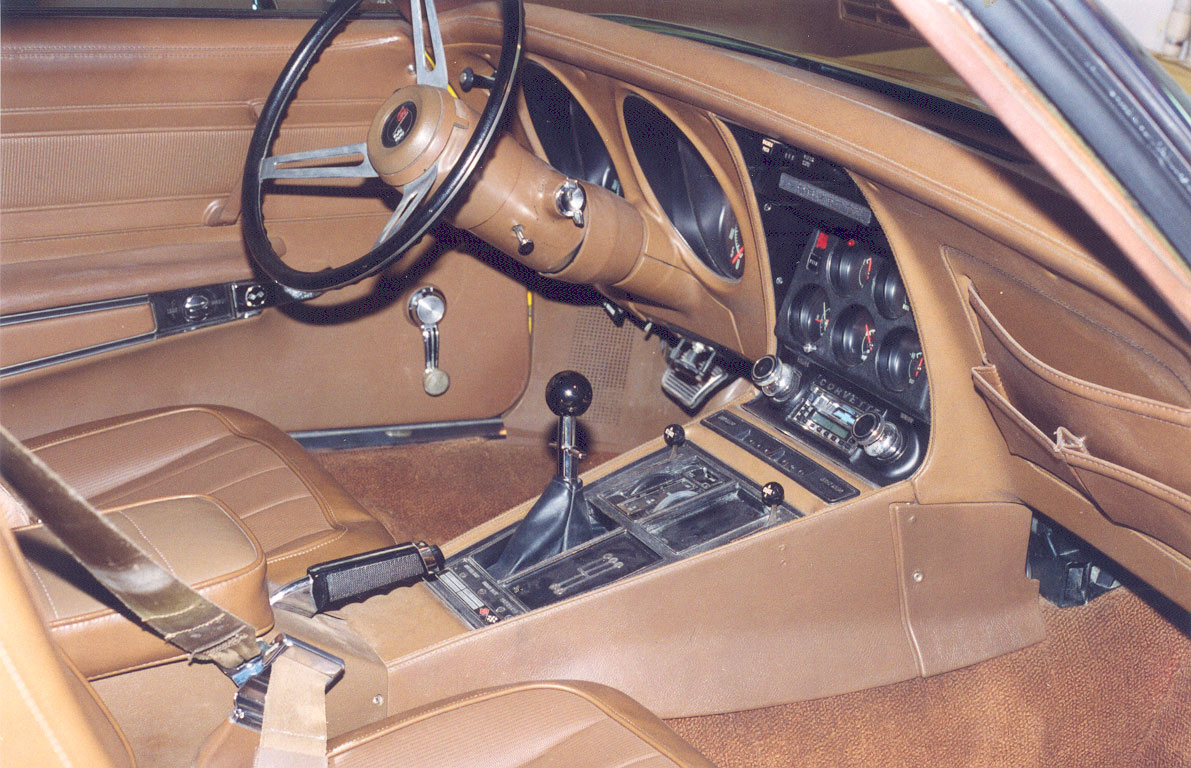 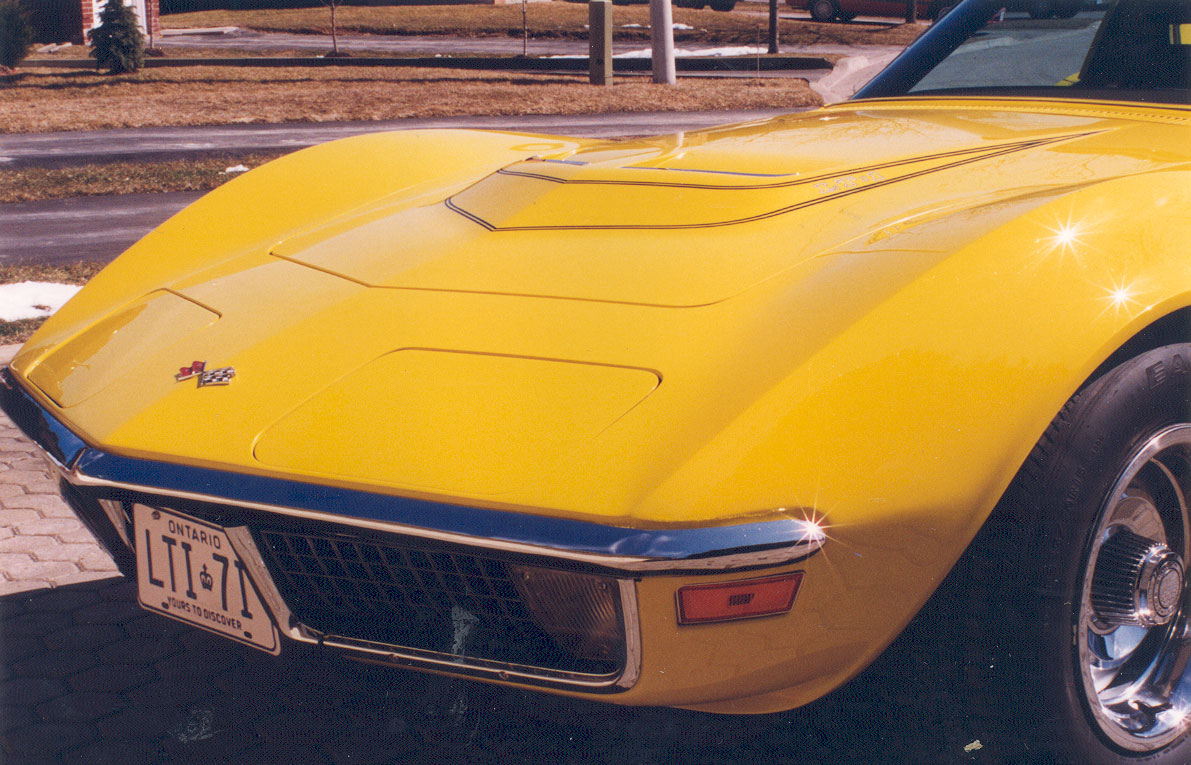