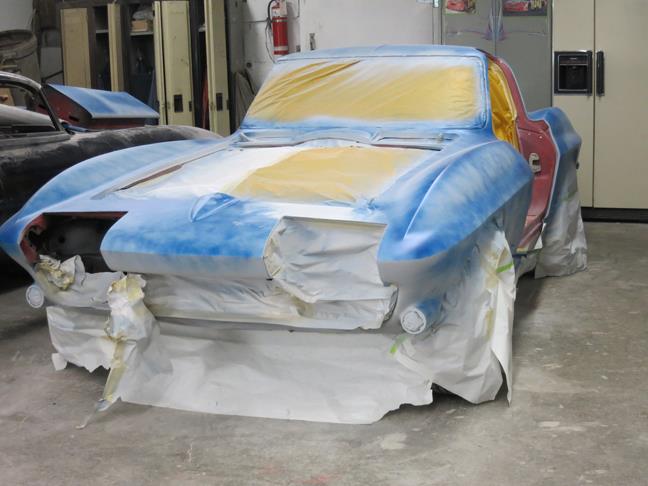 After all trim was removed, the car was stripped chemically, then with a razor, then sanded to the bare glass in December.

The body work has now been done, and it consisted of leveling the panels at the front and rear of the doors to match up with the quarter panels, and also to align the body lines such as the belt line and the ridges along the top to the fenders, with the doors (‘straightening’ the car by ‘massaging’ the body), and gapping the fit of all the panels, hood, and doors. New door hinge pins and bushing were installed to stabilize the door position.

Otherwise the body was very straight as from the factory on this car, and all panels and body seems appear to be factory original.

As shown in the pictures, a coat of sealer has been applied to the bare glass panels, and the first of two layers of hi-build primer. The car was then sprayed with a sanding guide coat (in blue) to show any low spots also when the primer gets block-sanded. A second layer of primer has now been sprayed, block sanded, then allowed to sit for two – three weeks to ‘set’ before color is applied.

As the primer is setting, work is done to detail the door jamb areas and prep them for painting, and also some mechanical items under the hood such as installing the lower ignition shields, will be dealt with.

Once color is applied, it will be water sanded, and polished, with the final hand polishing done by myself (Stuart).

We will probably use a single stage paint that has both color and clear gloss blended in, then a couple of coats of clear.

The frame and undercarriage components look incredible, totally mint,a testament to the preservation qualities of the Arizona climate. Some final chassis detailing will be done.

Any trim that needs polishing or re-plating, including the around the glass has been done, or replaced.

I have heard the motor run and it sounds very strong. The previous owner had it rebuild and balanced, and also installed roller rockers and cam.

We dropped the fuel tank to look for the tank sticker, but unfortunately there were only fragments of it left.I have been in regular contact with the previous owner who had the car since 1972, and they will be sending me a written ownership history of the car. 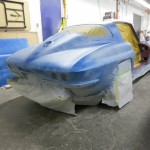 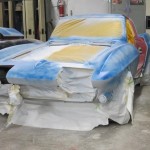 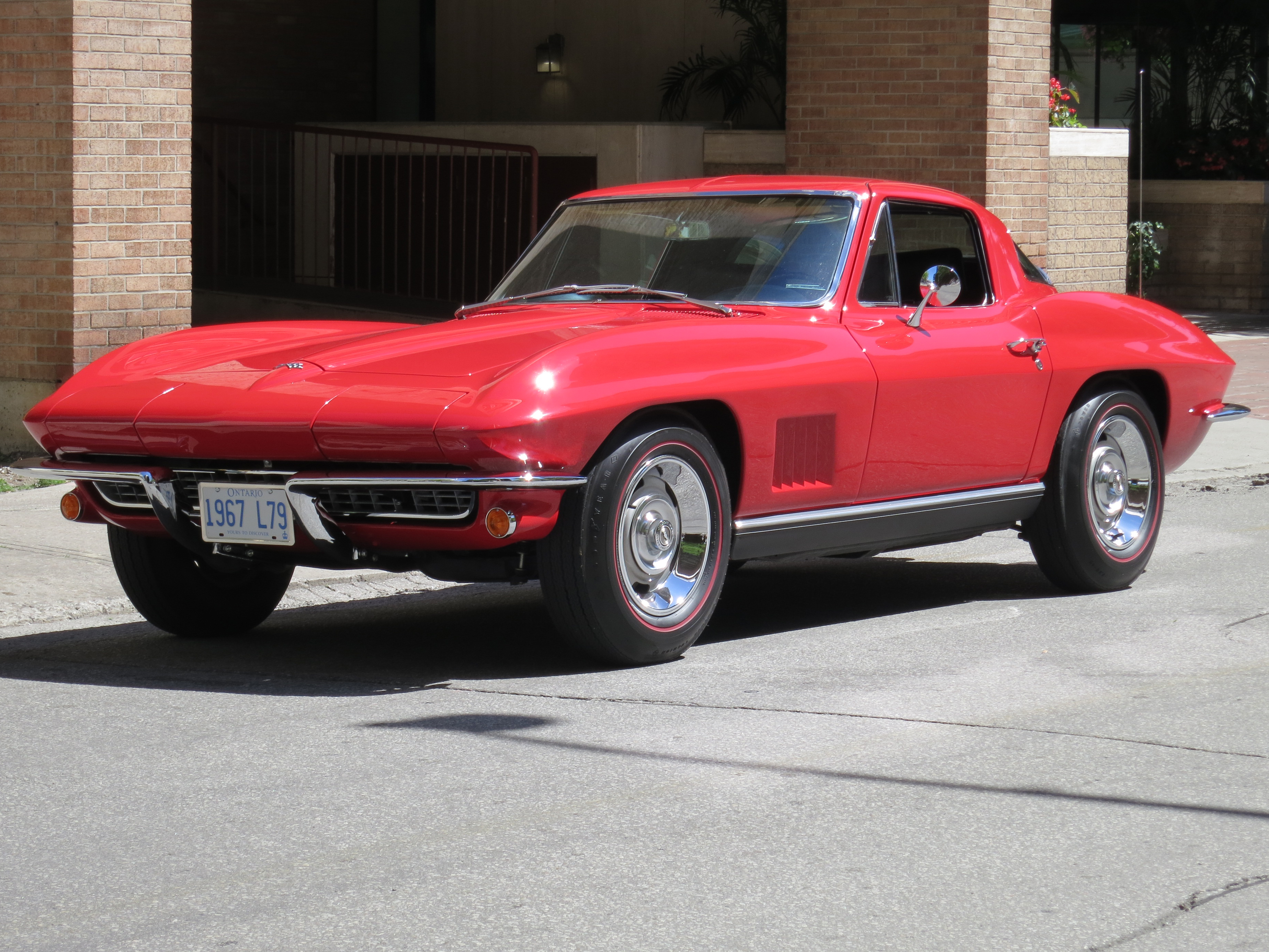